The initiator of the construction of Nesvizh castle was the first ordinate Nicholas Christopher Radziwill. Construction began in the late ХVI century, the head of the works was appointed Italian architect. The main construction works were completed by the beginning of the XVIII century. Defensive system included 20 meter embankments, fortified with stone and stone stables inside, bastions with 4 defensive towers, a deep and wide moat filled with water. To the left of the gate was a 2-storey utility building, to the right-a 3-storey barracks with a large watch tower. Complex of the castle buildings also included: foundry, house of the mayor, house bakery, stables. In the XIX — XIX century. the construction and reconstruction of the Palace and castle ensemble was carried out, combining different architectural styles.

A new period in the life of the palace and park complex began in the first half of the eighteenth century. with construction and reconstruction works. By the middle of the 18th century, the residence acquired its final appearance, which has survived till nowadays. Scattered enclosures were combined into a single whole. The castle plan is a closed complex of buildings with a large courtyard. Nesvizh castle lost its original fortification features. New residential buildings gave the castle the look of a high-society palace and castle complex. With the laying of a landscape-type park in 1879, the formation of the palace and park ensemble was completed.

The palace was relocated to the state in 1939. In 2001, the Palace Ensemble was transferred to the balance of the National Historical and Cultural Museum-Reserve “Nesvizh”, since 2005 it has been protected by UNESCO and is included in the List of World Cultural Heritage Sites, in 2012 restoration works were completed and exhibition halls were opened for visitors.

Nesvizh castle on the map 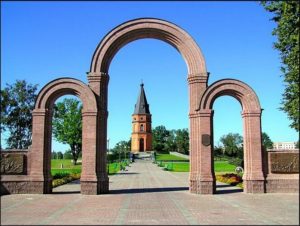 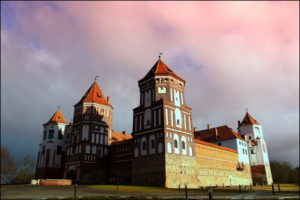 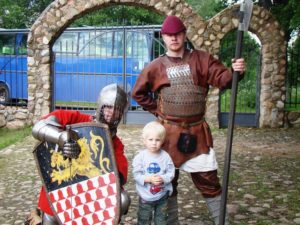